When I met Superman I was a legal adult. I was a teenager, sure, and a little immature but I had my own apartment, supported myself on my measly Cub Reporter’s salary, and found myself engaged to beautiful space ladies on a regular basis. You know, like a grown up. So naturally, when Superman offered to adopt me I was super excited. 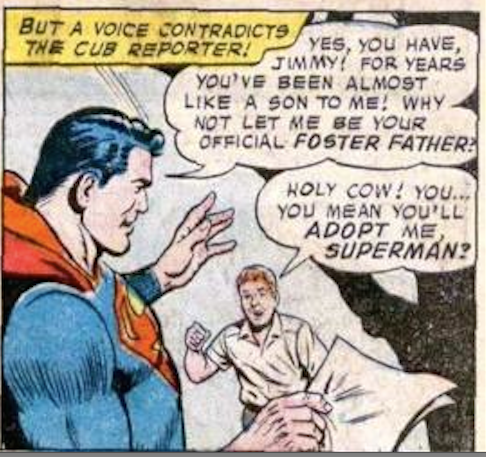 Who wouldn’t want to be adopted by their best friend?

It’s a good thing I was on board, too, because Superman had already done the paperwork without asking me if it was all right. 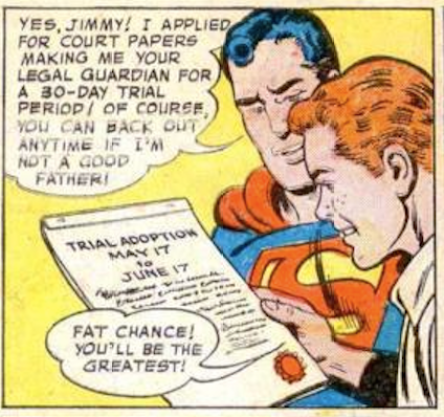 None of this is weird!

You see, I’m an orphan. And I LOVE crashing father/son picnics in my spare time. But it seems weird creeping around without a dad. 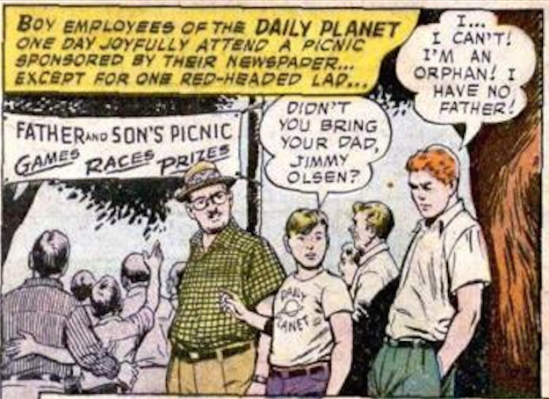 This is what I do on my days off.

It’s much less weird and totally socially acceptable for an eighteen year-old and a dude with godlike powers to annihilate a bunch of tiny kids and their pot-bellied dads in the three legged-race! 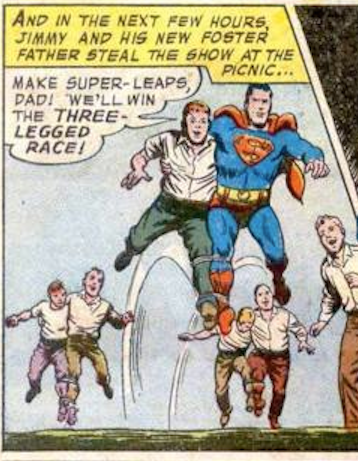 Superman even went to all the trouble of renting a house in the suburbs for us and moving all of my stuff. Again, without even asking me! This is still not weird, right???

He also carried me like a baby to his other house in the Arctic. 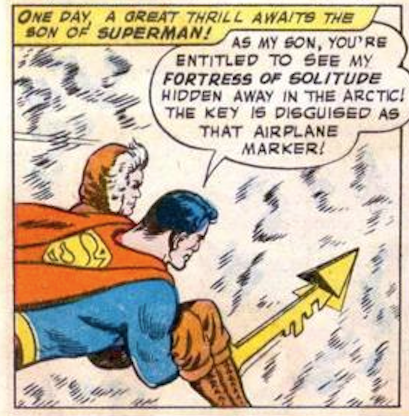 I got wind burns on my face real bad that day. So worth it to have a dad though!

He showed me how he kept an innocent creature captive, wasted money, collected ugly sculptures, and kept tools in his garage!

Fortress of Solitude? More like Fortress of Oh, My God, Can We Go Home Yet?

Then he showed me what kind of dad he really was. 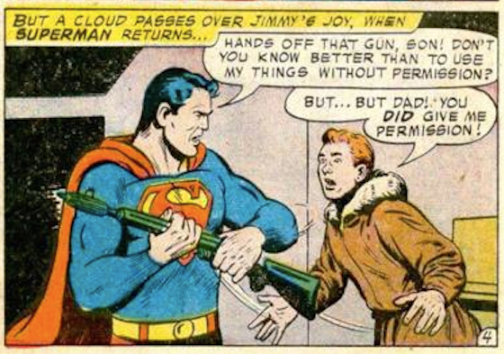 Why does Superman need a gun anyway?

Okay, so maybe he was having a rough day. Long flight to the Arctic Circle. Me complaining about all the bugs flying in my mouth. I can see how he could be on edge. But then…

Dude, no one cares about your stupid “secret” identity. Seriously. Also, “It will go hard with you?” WTF?

Of course, I did what any well-adjusted human being would do…spent all my money trying please this rage monster. 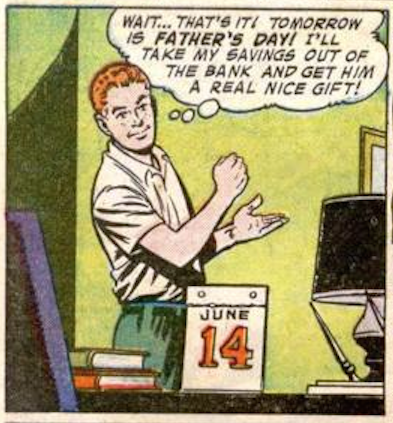 How about you put that money in a nice Roth IRA for yourself instead, nitwit? Maybe get some Lexcorp or Wayne Enterprises stock?

So I got him a specially tailored dad robe with the House of El crest on it and everything. This thing was like super comfy high-end terry cloth. Care to guess how that went over? 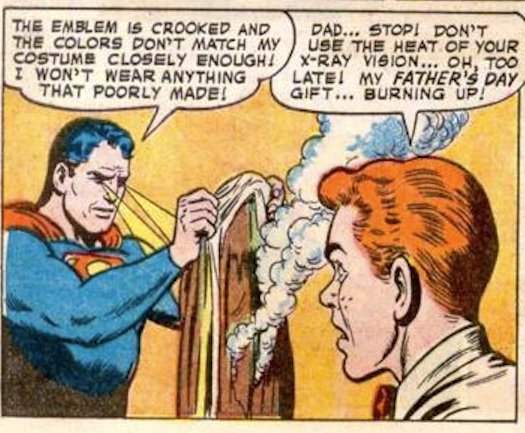 There was a gift receipt. He could have returned it and gotten something he wanted.

That was it for me. I decided that maybe being adopted by my abusive best friend wasn’t the right thing for me at that time in my life.

Also, these documents were never valid in the first place because Superman is an illegal alien and doesn’t have any ID or social security number or anything.

Superman later made up some cock and bull story about his “super-calculator” telling him that he would “destroy his own son” on June 17 so he needed to be a big prick in order to sabotage the adoption instead of, you know, having an honest conversation with me about it? I’m not buying it. 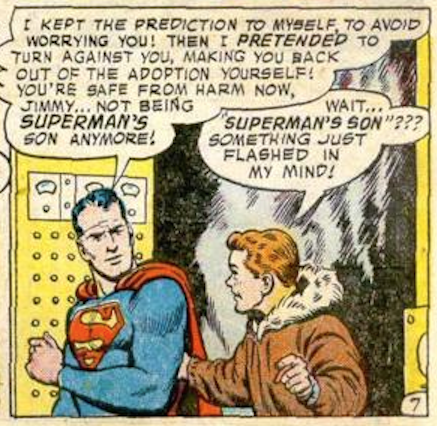 The thing that flashed into my mind was, “Eff this guy.”

In any case, I hope you have a happier Father’s Day than that! And if you don’t have a dad, maybe that’s better than having a terrible one. 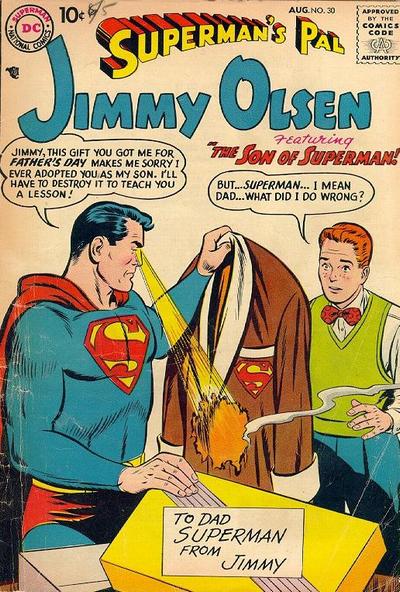 It really was a nifty robe.