“The reports of my death have been greatly exaggerated.”

WARNING: “Batman V Superman: Dawn of Justice” SPOILERS(Although it happens in the first fifteen minutes and every major entertainment blog has reported on it so maybe it’s not???)! You have been warned…

I had been on the fence about whether or not to see the new Batman/Superman movie assaulting popular culture this weekend. On the one hand, I had heard I was a character in the film played by Scoot McNairy (false) and felt a narcissistic obligation to see how I was portrayed. 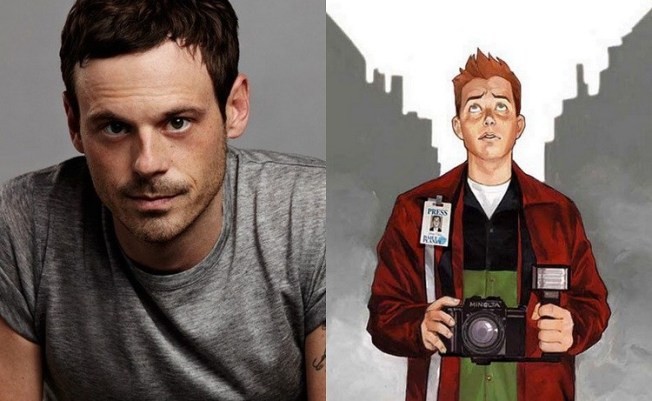 On the other hand, the entertainment budget of a cub reporter is small and I knew this movie was probably not going to be made for me after seeing Zack Snyder’s “Man of Steel.” 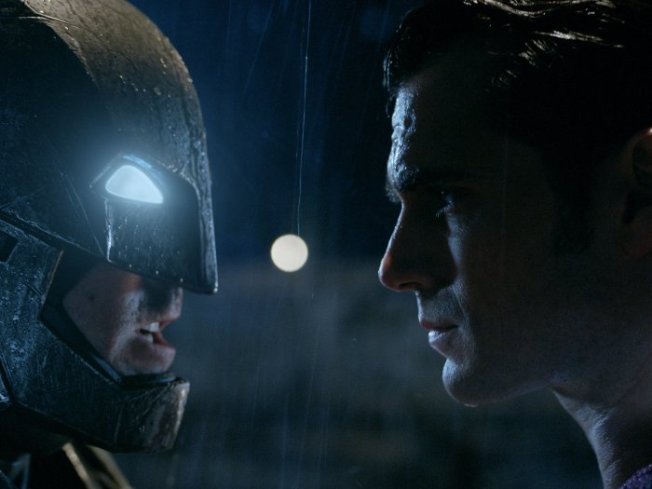 Superman pokes Batman in the teeth and the movie’s over, right?

Well, thankfully, Entertainment Weekly broke a story that helped me make my decision: I get shot in the head by an African warlord within the first reel of the film because I am an undercover CIA agent.

Zack Snyder explains why he shot me in the head like this: “We just did it as this little aside because we had been tracking where we thought the movies were gonna go, and we don’t have room for Jimmy Olsen in our big pantheon of characters, but we can have fun with him, right?”

I don’t know what’s more disturbing: that I am murdered as an “aside” or that Mr. Snyder views this as “fun.” 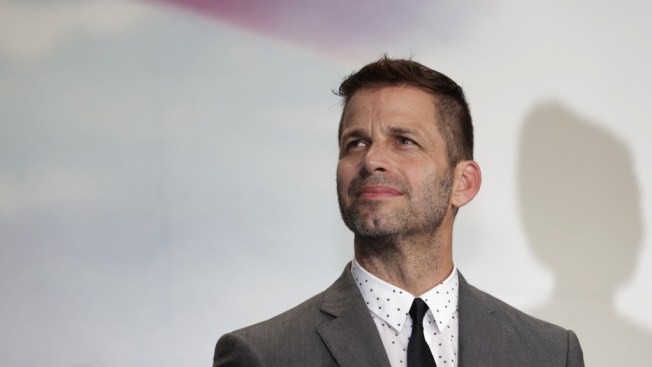 I get it. I don’t fit into this version of the DC Comics universe. Usually, filmmakers use me as an audience surrogate for young children to relate to, the kid who idolizes Superman and wants to be him. 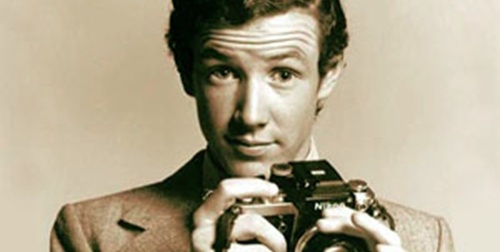 Or as the super sexy man candy. 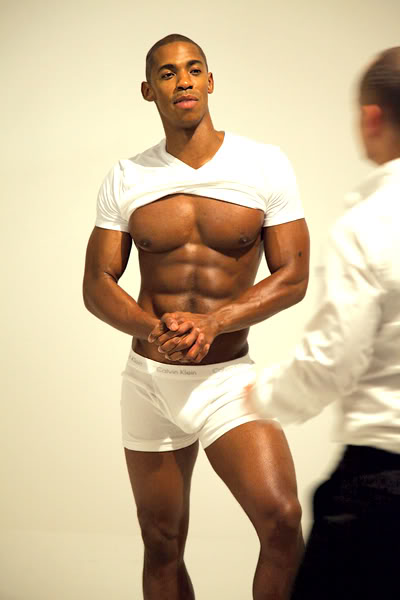 But since these movies clearly aren’t being made with children in mind and since no one in their right mind would want to be this version of Superman it makes sense not to use me in the story. 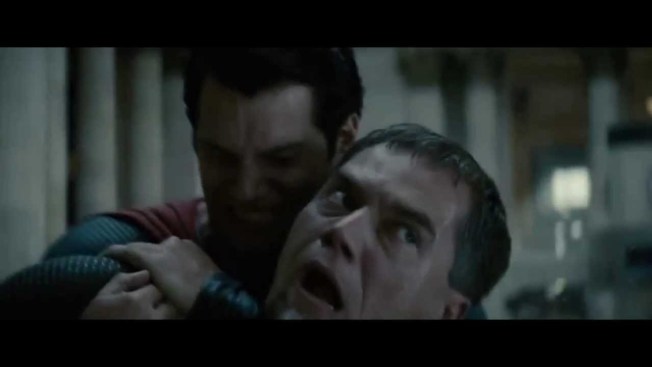 “I want to break Zod’s neck for Halloween, mommy!” — all the kids

But to unceremoniously blow my brains out instead of, say, not having me in the movie at all? I would say, “I bid you good day, sir,” but I have more to say on the matter. 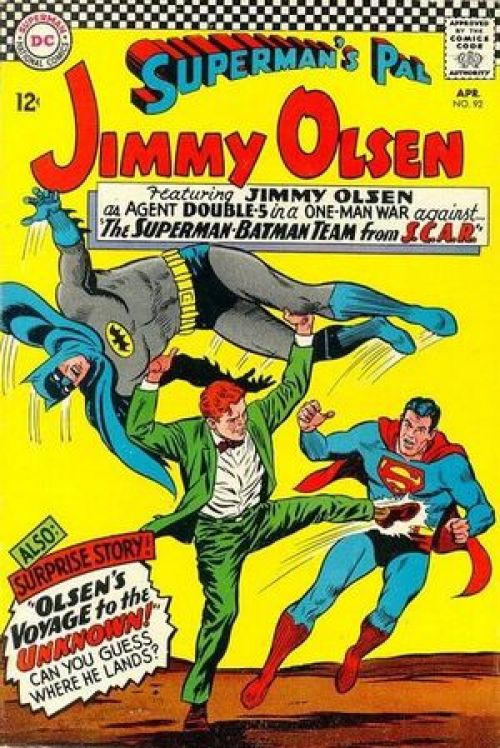 Behold! The Dawn of Jimmy’s Justice!

First, let me reassure you, gentle reader, I’m totally not dead. I have not been executed by an African warlord. I’m fine. Really. In fact, I’m not even named in the theatrical cut of the movie. The only way you know it’s me was if you read the credits. But even then things aren’t always what they seem. 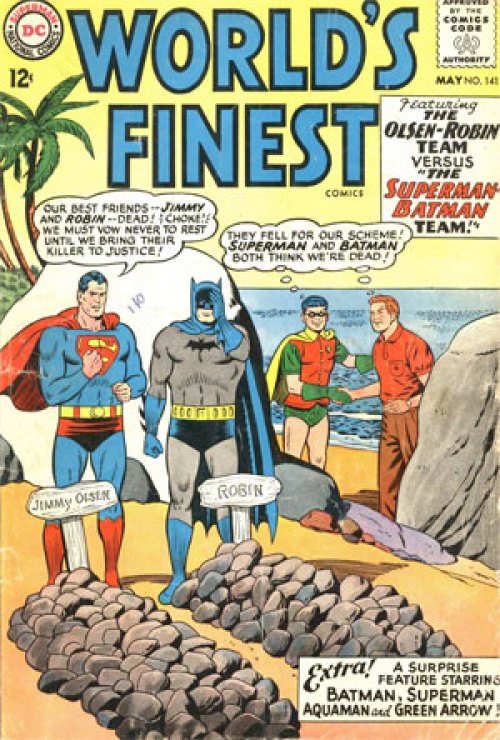 Take for example the time Robin and I fooled Batman and Superman into thinking we were dead. 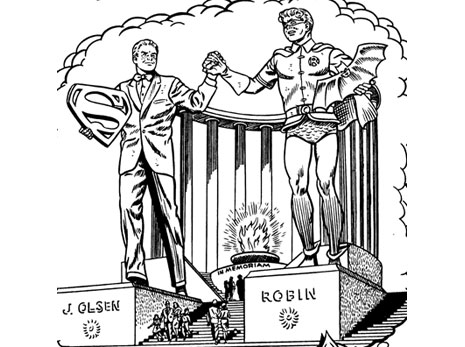 I’m assuming they at least make a huge statue in honor of me in the movie, right?

That probably what’s going on here. 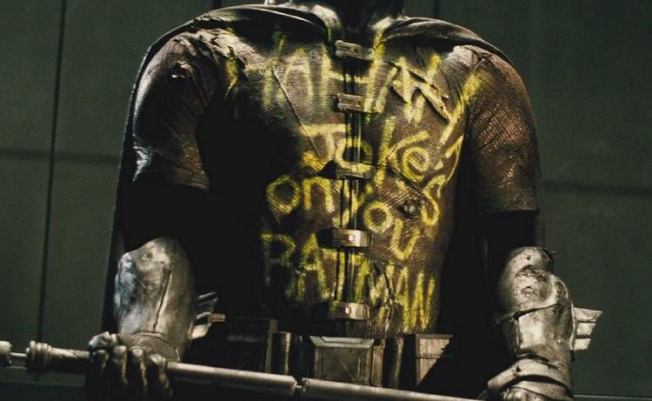 Say what you will about the Joker, it is not easy to write clearly on clothing. 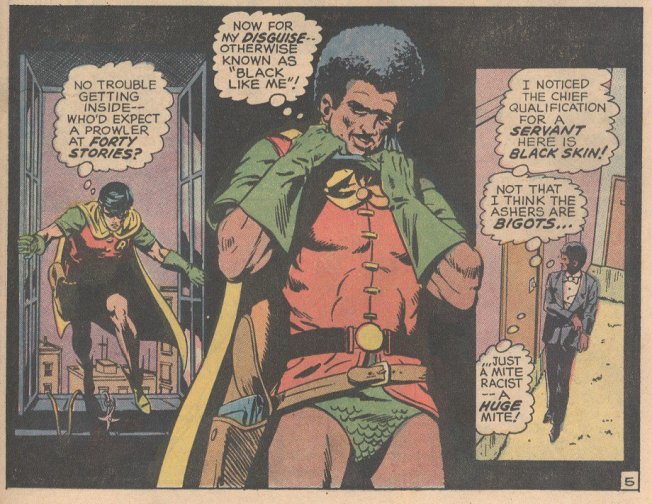 There is some truth to the fact that I am an undercover super-spy but if I was truly in trouble I could have used some of my super-duper gadgets to kick some African warlord ass. 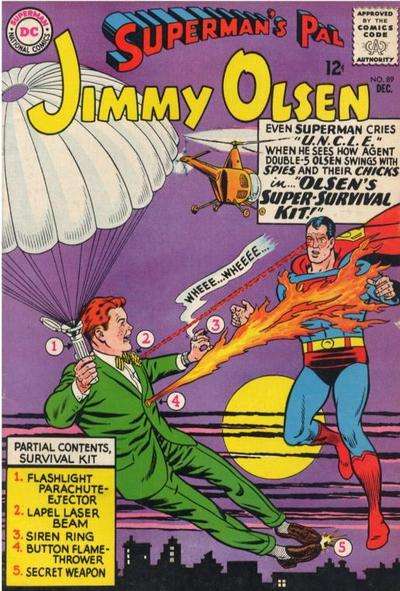 What’s that? You want to shoot me in the head? Okay, just lean in and check out my super cool lapel…Ha! Lasered you!

In any case, relax. If Warner Brothers ever gets their act together with their movie universe and decides to make a movie with “room” for me or Dick Grayson we can still come out to play. 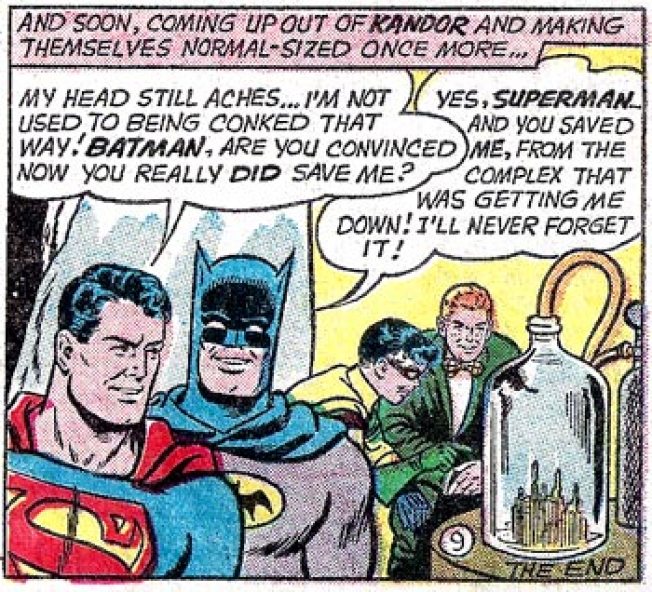 How it should have ended: with Robin and me staring mindlessly at the Bottle City of Kandor.

In any case, thank you, Zack Snyder, for providing me the opportunity to write about your movie without having to spend the money to go see it. 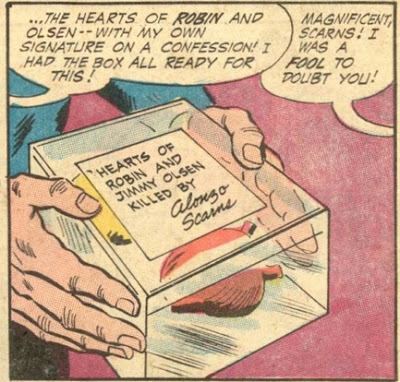 ALSO, YOU SHOT ME IN THE HEAD AS A FUN ASIDE???