We all lie. Sometimes out of empathy, other times vanity or shame. Not all lies are necessarily sinister but when your best friend lies to you ALL THE TIME maybe you should consider if they’re really a friend… 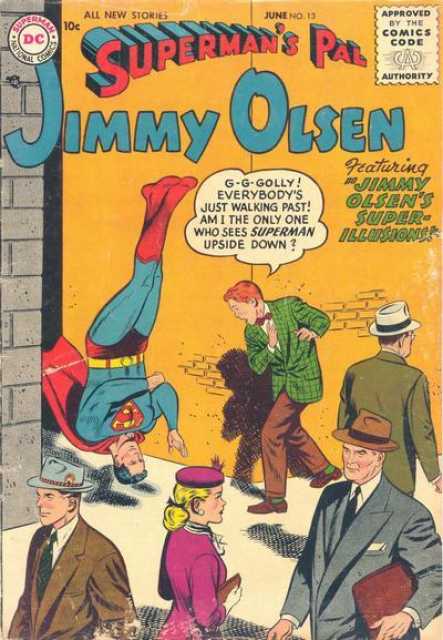 One of Superman’s hilarious psychological pranks!

Last time, I suggested Superman may have been lying when he said I was once his babysitter on Krypton but didn’t remember it because I’d lost my memory when traveling back to my own time and planet. What reason would I have to doubt Superman’s veracity? He’s my best friend, right?

The problem is over the years I’ve discovered Superman lies. A lot. 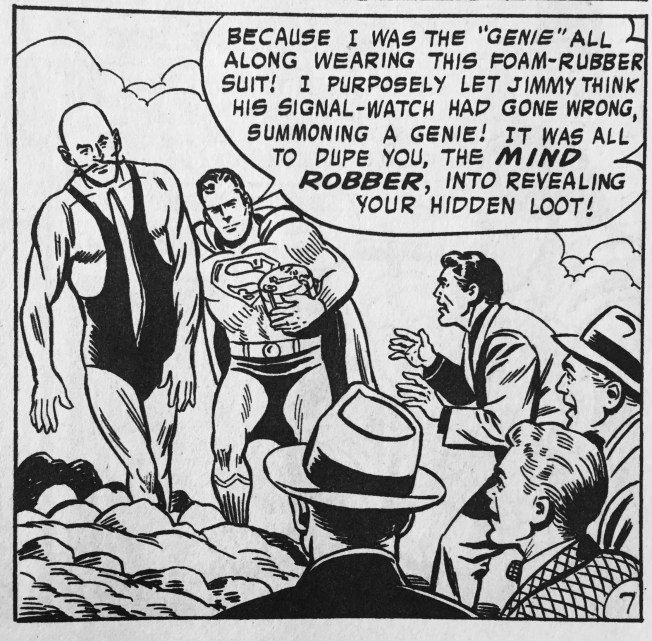 Often he lies because he’s fighting a mind reader and can’t trust my super-weak brain not to have my thoughts read. More often, he just doesn’t trust my acting ability and doesn’t let me in on his plan so that I will perform realistically. 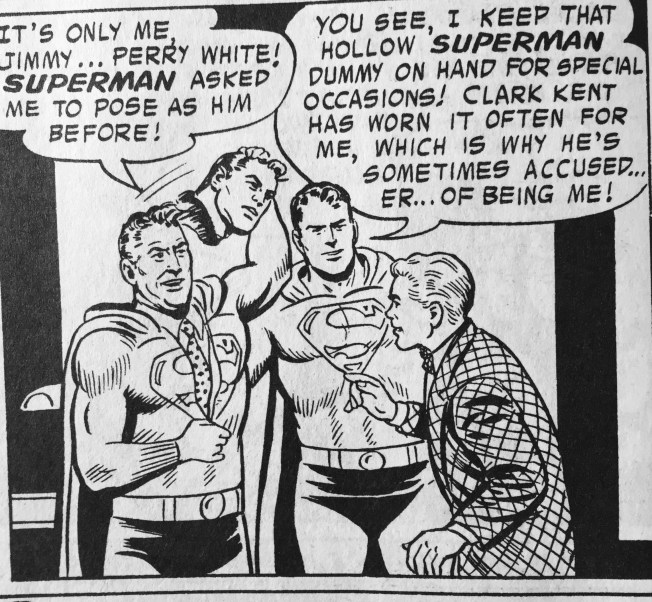 Sometimes he will lie to teach me a “lesson.” Like the time I lost my voice and some hunters mistook me for a “Jungle Boy” and “Clark” pretended not to recognize me.

Sure did learn my lesson about shirking guard duty that day!

Other times, the reasons are less clear. One time, he, Lois, Perry White and everyone in my life got together and acted like they didn’t know me. 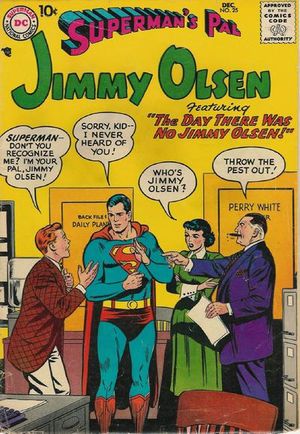 These people are supposed to be my friends.

It’s like “It’s A Wonderful Life” but without me wishing I never existed and with lying instead of magic.

Why would my friends psychologically torture me? FOR MY OWN GOOD, OF COURSE. 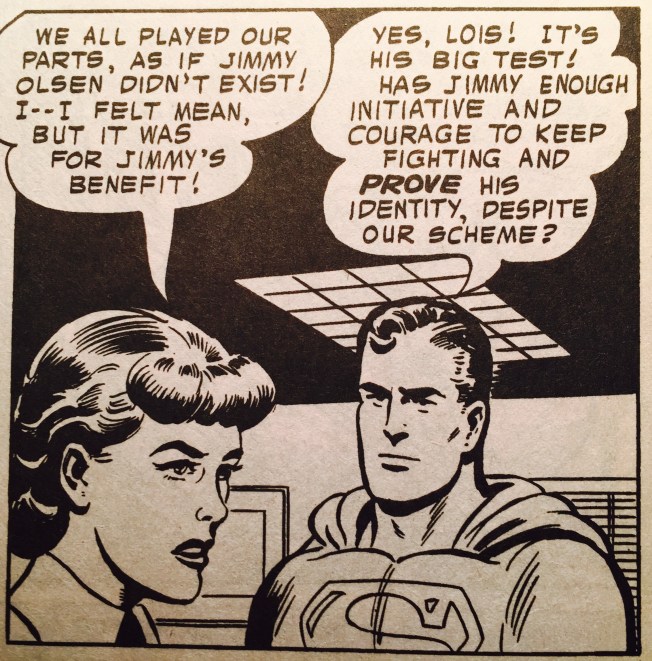 By far Superman’s biggest and most dangerous lie is his secret identity. He lies about who he is to the entire world. He claims it’s to protect his loved ones, which makes sense. If his enemies knew who he was they could go after his friends and family. So why not tell your friends and family said secret identity? He uses the same argument: it’s for our safety.

Whatever you say, Superman! You know best!

Here’s the thing though: I’m already a target. The entire world knows me as Superman’s “Best Boy Pal.” Lois Lane is allegedly his girlfriend of sorts. The world knows this. Bad guys know this. I’ve lost count of the times I’ve been kidnapped, attached, brainwashed, or given a computer brain by Superman’s nemeses. 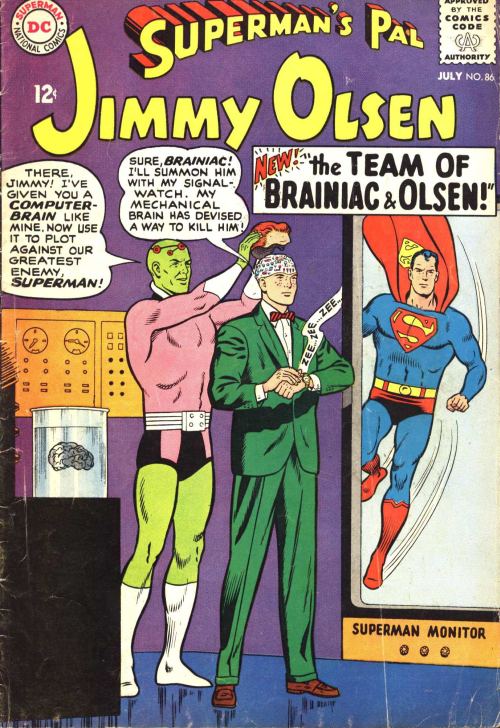 Say what you want about Brainiac but he is WORKING those short shorts!

In fact, he would rather put my life in jeopardy with his lies than have me know who he is. Like that time he made me think I could fly with magic wings. 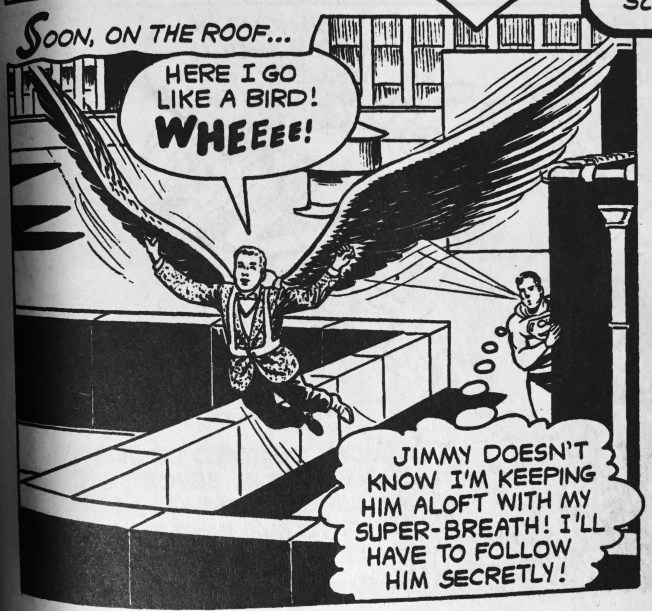 Or that time he made me think I could breathe under water. 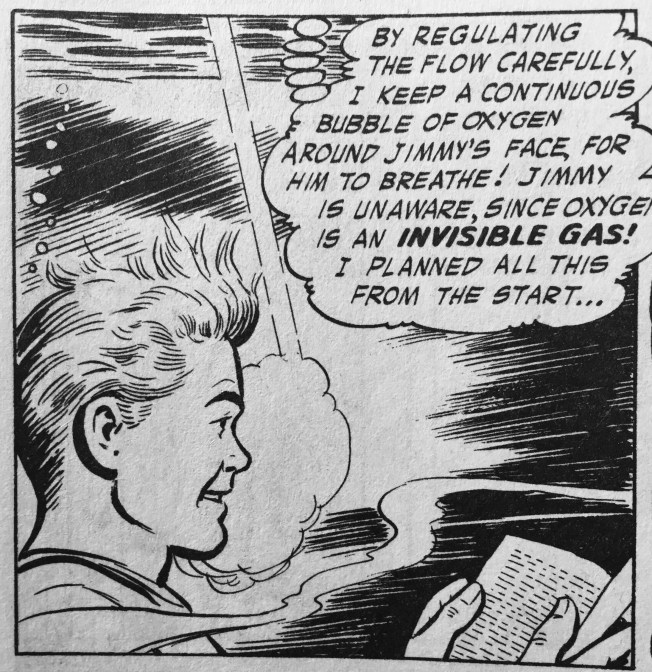 You’re right. This is much easier than letting me know who you are. 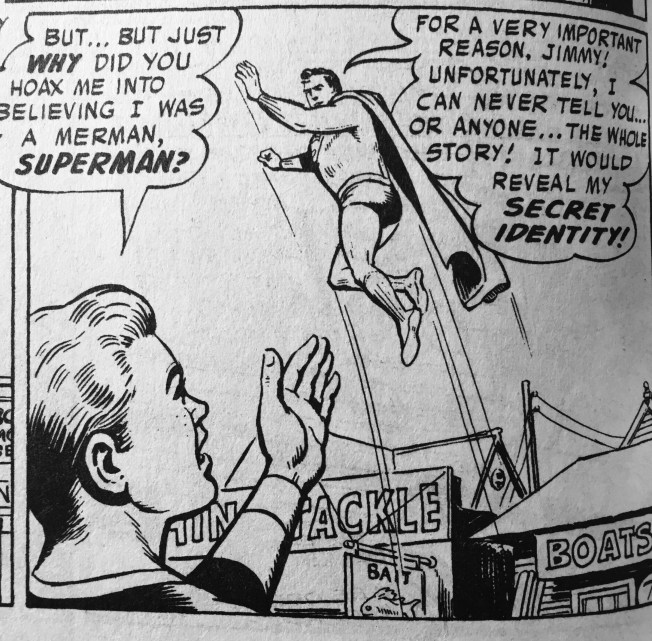 “Okay, thanks for giving me the bends, a-hole.”

Oh, sure, he recently told me who he really was after seventy-five years (I pretended like I didn’t already know). 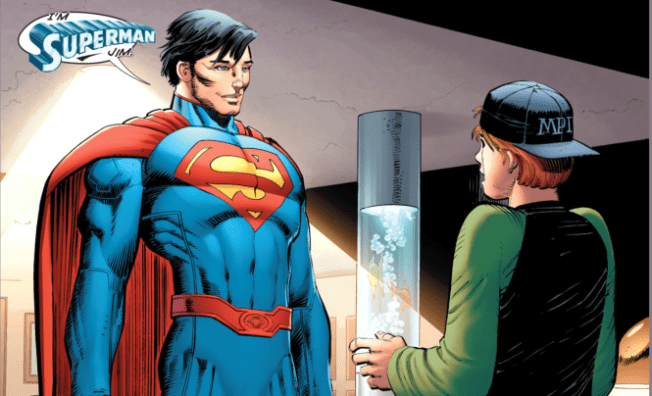 How long before this gets erased from my memory?

Why the secrecy? Here I can only speculate but I can tell you the thought that’s popped up in my head more than once over the years, the thought that I’ve told myself couldn’t possibly be true: He’s not my friend. He doesn’t trust me. I’m actually a decoy. Just like Batman dressing up his teenage partner is bright red and yellow to jump around rooftops on school nights, I am there to distract criminals from going after whoever Superman really cares for.

Time for a new Robin, I guess.

It makes a disturbing amount of sense and would explain why he might seek out an unworldly, naïve teenager with no family or friends and tell him an amazing story about how said teen saved his life when he was a baby and he was going to reward him with his friendship. It would also explain why he wants to keep me alive. If I get killed, he’ll have to find a replacement.

Then again, he’d still have Lois.