Investigative journalism is not without its risks. Aside from the low pay and dwindling ad rates it is not uncommon for a reporter to switch consciousness with a gorilla. 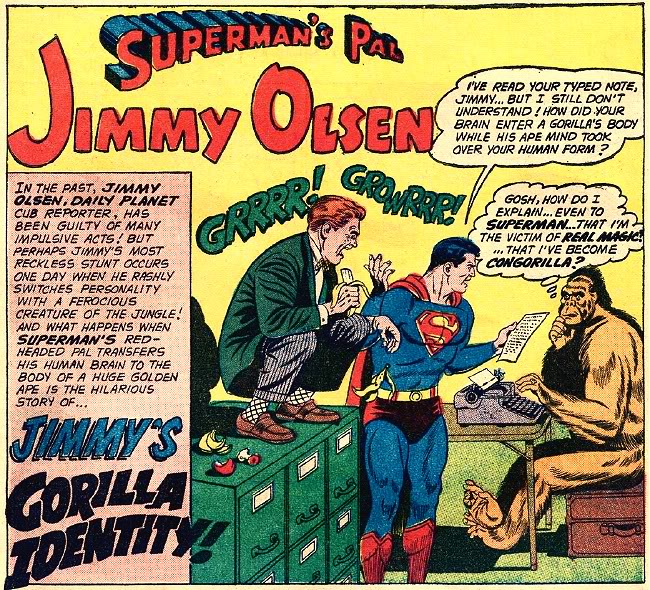 I have “typing with gorilla fingers” on my resume under “special skills.”

I know what you’re thinking: “But Jimmy, switching consciousness with a gorilla sounds like a very unusual occurrence.” Oh, yeah? Then why has it happened to me not once, not twice, but THREE TIMES??? 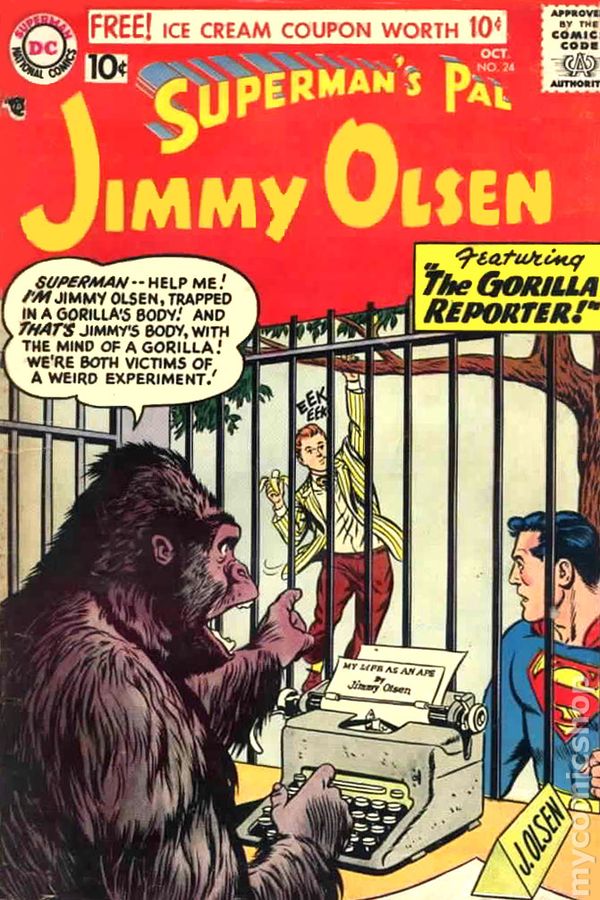 Sometimes I can talk when I’m a gorilla, other times not so much. There’s no internal logic to my life.

The first time I switched bodies with a gorilla I was doing a fluff piece on a crackpot inventor. I do these a lot and never take the crackpots seriously despite the fact that I always let them experiment on me and ALWAYS end up with some kind of super power or life threatening condition for a day or two.

This is totally how science works.

And wouldn’t you know it… 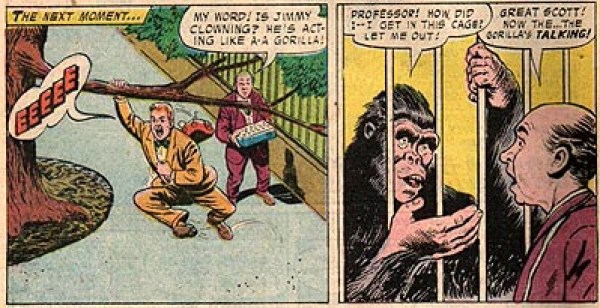 No amount of dry cleaning would fix what that gorilla did to my suit while he was in my body.

So what did I do? Well, naturally I consulted all the genius super-scientists I’ve met over the years to find a solution to the problem.

Nah. Just kidding. I put on some ill-fitting clothes and went to work. A gorilla’s gotta eat (a lot) and I can’t afford to take a day off (unlike definitely not off on the planet Apokolips fighting Darkseid “Clark”).

“Nice monkey suit.” – Something no one had the balls to say to me for fear of having their arms ripped off

Yes, my coworkers did freak out at first but it took a surprisingly short amount of time to convince them not to have me shot and killed as a public menace. 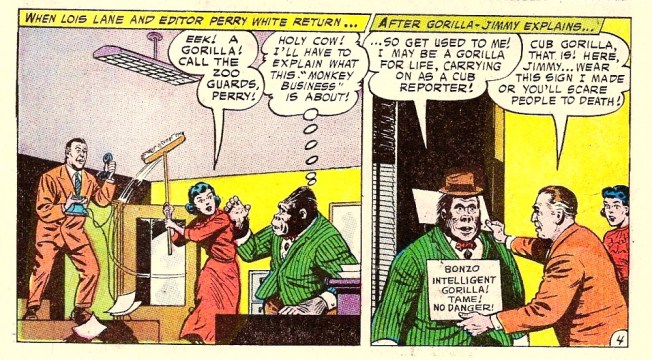 I guess my name is “Bonzo” now even though I’m still the same person on the inside.

Science isn’t the only way you can “Vice Versa” with a gorilla. Magic rings will do the trick too! Like the time I switched bodies with Congorilla!

Getting punched by a kangaroo is optional.

Or like that other time I switched bodies with Congorilla! 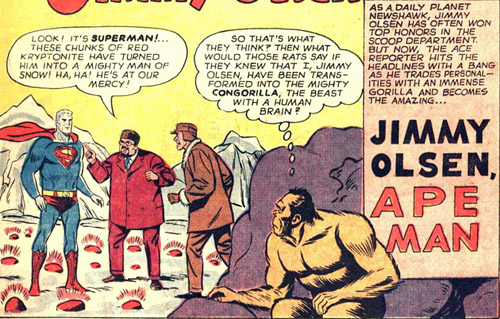 I hope those bad guys don’t hear me pooping!

There are probably other ways to switch bodies with a gorilla (i.e. brain transplant) but so far I’ve only had to deal with crackpot science and magic rings.

It always seems to work out in the end though and I’ve been able to return to my human form. 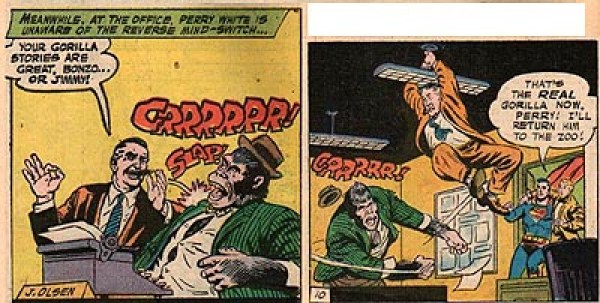 Sadly, “Bonzo” did not kill my boss.

But every reporter knows it’s only a matter of time before they get stuck in an ape’s body forever and somewhere out there is a gorilla’s brain with their name on it. 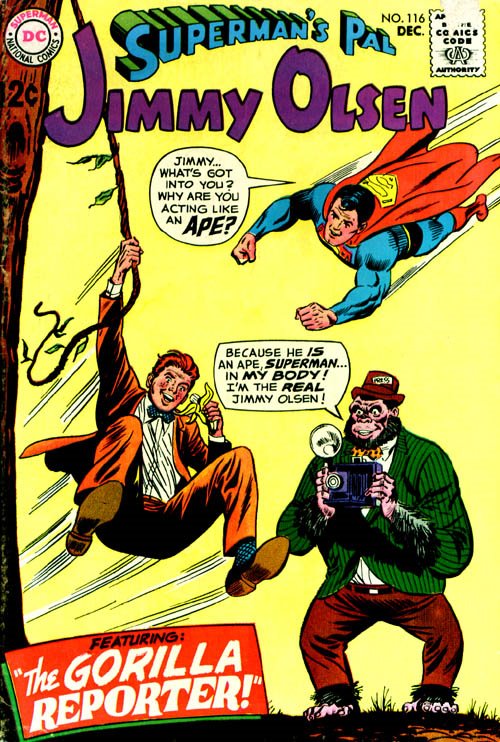 That’s me on the left. Also, on the right.